Duterte calls for solidarity, peace, aid to the needy

President Rodrigo Duterte has called on Filipinos to unite and help those who are in need as Muslims commemorate the holy month of Ramadan. The month-long Ramadan of the Muslim faithful begins on Tuesday, April 13.  Duterte said he joins Muslim [...]

From April 12 to April 30, the whole of Metro Manila Cavite, Rizal, Laguna, and Bulacan are now under Modified Enhanced Community Quarantine (MECQ). Under the MECQ guidelines, the curfew starts from 8:00 p.m. to 5:00 p.m.—this results in longer operating hours of [...]

Former President Joseph “Erap” Estrada is now COVID-19 free, his son ex-Senator Jinggoy Estrada announced today. “We are happy to announce that my dad continues to improve and we expect that he can be transferred to a regular room soon,” [...] 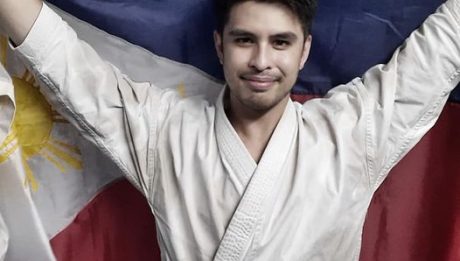 James de Los bagged two gold medals this week to improve his gold medal haul to 14 and an overall collection of 50 since he started competing in online tournaments last year. De los Santos ruled the second leg of [...]

The Philippines is expecting some 20 million doses of the COVID-19 vaccine developed by Russia’s Gamaleya Research Institute in the coming months, the official in charge of the government’s vaccine procurement program said Tuesday.  Vaccine czar Carlito Galvez Jr. said [...]

Lockdown in metro, nearby areas eased from April 12 to 30

PHILIPPINE President Rodrigo R. Duterte on Sunday eased the lockdown in Manila, the capital and nearby cities and provinces while urging local governments to boost their response to the coronavirus pandemic. Metro Manila would be under a modified enhanced community [...]

Rabiya Mateo arrives in the US for Miss Universe

Rabiya Mateo has safely arrived in the United States to prepare herself for the upcoming Miss Universe 2020. The beauty queen, who will be representing the Philippines in the latest edition of the said pageant, recently posted a photo of [...]

The Philippine armed forces will hold joint exercises with hundreds of US soldiers over the next two weeks, its military chief said Sunday, amid growing tensions with Beijing in the South China Sea.  The annual war games between the military [...]

This website uses cookies to improve your experience while you navigate through the website. Out of these, the cookies that are categorized as necessary are stored on your browser as they are essential for the working of basic functionalities of the website. We also use third-party cookies that help us analyze and understand how you use this website. These cookies will be stored in your browser only with your consent. You also have the option to opt-out of these cookies. But opting out of some of these cookies may affect your browsing experience.
Necessary Always Enabled

Any cookies that may not be particularly necessary for the website to function and is used specifically to collect user personal data via analytics, ads, other embedded contents are termed as non-necessary cookies. It is mandatory to procure user consent prior to running these cookies on your website.